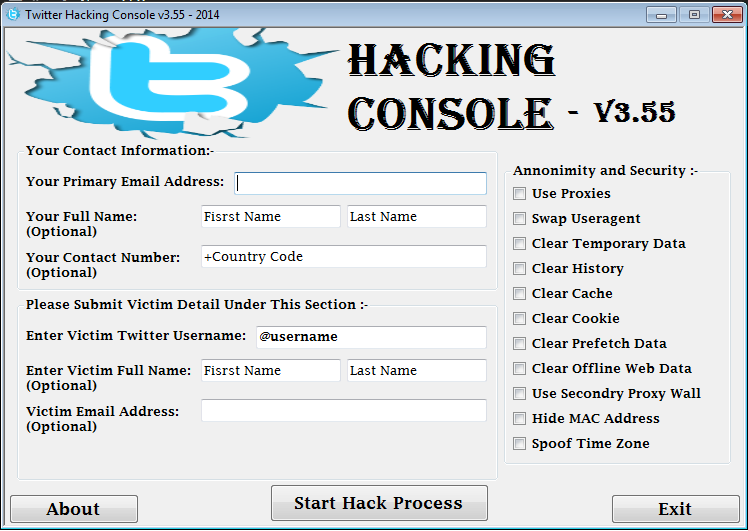 Unable to find a matching set of capabilities. Have kali Linux I'm getting stuck right in the beginning i type last and none of those folders show up it tells me cannot access Faitagram. Right from the start it asks me for a github username and password and the other tutorial tells me to download tor which i keep trying to do and I'm getting errors and it won't go through.

12 Best Hacking Tools Of For Windows, Linux, And OS X

Finally got past that went through everything got to the last step and this freaking TOR thing again Hi, I am trying to do this but I am having alot of trouble. Could you possibly make a more indepth tutorial on how to do this? Example, what it is you need to download, how to set everything up, etc. Because currently to me, someone who does not know how to code it is quite confusing.

Is there any kind of similar path without tor? Still can't get this downloaded I've tried everything. Selenium installs fine still just tor only reason i can't finish this bc of tor. Anyone have any ideas or scripts to follow? Finally got the song working to install tor and now half way through install my computer completely freezes here. Is this normal do i just leave it and wait it out?

Or anyone know why whenever i try to install tor it freezes up my system and i have to reboot. Funny how all the skids think that running a script without errors would work. This is where google comes in handy. Just calmly Google all the errors. I've googled everything for days. Finally got tor download to start working then get a failure at the end of it for not enough space.

Now I'm trying to run a swap script and that's also failing can't get that working. Any suggestions how i can get tor on this thing.

8 Things to Do Right Now if You’ve Been Hacked

Having an issue with geckodriver right at the end of script. Selenium and tors installed but won't open Mozilla saying geckodriver not found. I changed the setup. Everything installed fine went to run the python faitagram command and after about 10 seconds of looking for the password Mozilla pops up a blank screen and I get an error saying that selenium cant open the webdriver.

Trying to update my firefox currently have Package has no installation candidate. Is this definitely my system or is it the script possibly? Asking before I start going crazy I've been running into errors with kali for 3 weeks trying to run this script finally got to the last command and I'm stuck again-very frustrating.

I did all the things you said but when the bruteforce started this message appears after a minute: Getting an error when I run the script that selenium can't access the webdriver. Is there anyway of changing the script to use firefox esr with selenium instead of regular firefox? I have been messing with this script for a few hours now Hey, Can anyone help me with this?? Again, still receiving error selenium is unable to find matching capabilities.

Need help I am sure that your way us working but I am having a small problem I am new for hacking so if you can PLZ help me these are some screenshot of my problem. Someone must have come across this before. Is this something to do with my provider or did I do something wrong?? Errno 8 Exec format error. I got this error after i tried installed everything as told in the guide. I typed in the brute attack format and this is what i got. Anyone can help? Hey Justin. Since I don't have the proper tools Kali Linux, a decent pc, Tor , I was wondering if maybe you could run the script on a certain account for me.

S The username is: Thanks for this script! I'm having an error each time I try the script. Can you try to tell me what I'm doing wrong? I cant install tor, every time i use sudo apt-get install tor or apt-get install tor the code wont run a gives me an error: I Tried many times by changing 1st password in wlist and that the showing it Restarting tor via systemctl: There are a lot of errors in your code I even had to tweak the setup.

Generally bad code. It is Bruteforce again. I was disappointed, no one replied to this Anyway enough talking, Lets get right into the tutorial.

Step 1: Getting Ready By the way, Faitagram stands for Fa cebook tw it ter inst agram. To clone the script, what you need to type in the terminal is: After you typed that, you would see 5 things: Do i need kali linux for this to work? If you don't trust her, dump her. Kids has friends adults has relationships Ledgens are single. Best words ever Said!

It worked After that i started testing Instagram. Update Tested twitter aswell. Got same error after 3 tries.

The script find the right password within the 3 times. Tried to change password on a test account i got to second password in the wlist. It did find the right password and script stopped. Hello, AlzMa. By the way, this problem was solved in the Issues section in the repository. Any Solution for this? Of course, it uses proxy. So it will not lock unless the proxy is fully functioning. Yes, working on that. Please just wait about a week or so.


Justin, Thank you so much for putting this together. This is working fine.

Not only does it store your passwords, credit card numbers, bank account information, and more, but it can create passwords for you when you need to set up a new account. I used 1Password to create the two passwords in the paragraph above, using two different options: Using a password manager helps you use different passwords for different accounts. Since it can be hard to remember all the passwords you need, you may have defaulted to using something like "password" for lots of accounts.

Or you may be using a more secure password, but using it for all your accounts. Get out of that habit: With a password manager, you can create unique secure passwords for each of your accounts. Many services offer two-factor authentication, which lets you secure your account not only with a user name and password, but also with a device, usually your smartphone. You should turn this on for every account where it is available. This article gives you more information about two-factor authentication. It may already be too late, but just in case, delete any really sensitive data from the account that was hacked.

So if you're worried about any important files, especially those that contain personal information, delete them immediately. If you store important files on these cloud services, clear out your folders now. The scammer may say that you are in some different country and were robbed, and that you need money.


Since your friends will think that the emails are really coming from you, they may be inclined to send you money via Western Union, PayPal, or some other service. Some social media services let you link apps to your account. These apps are able to post for you, as well as read and write information about your account. You may have authorized a number of apps to use Facebook or Twitter, but hackers may plant their own apps thinking that you may not notice, and use them at a later date. Check the social media platforms you use and, if you don't recognize any authorized apps, revoke their access.

Use these links to check Facebook , Twitter , and Google. The main reason cyber criminals hack Internet accounts is to make money. Or a better website for booking concert tickets. More on that in a bit. You can also use Firebug , the equivalent on Firefox. 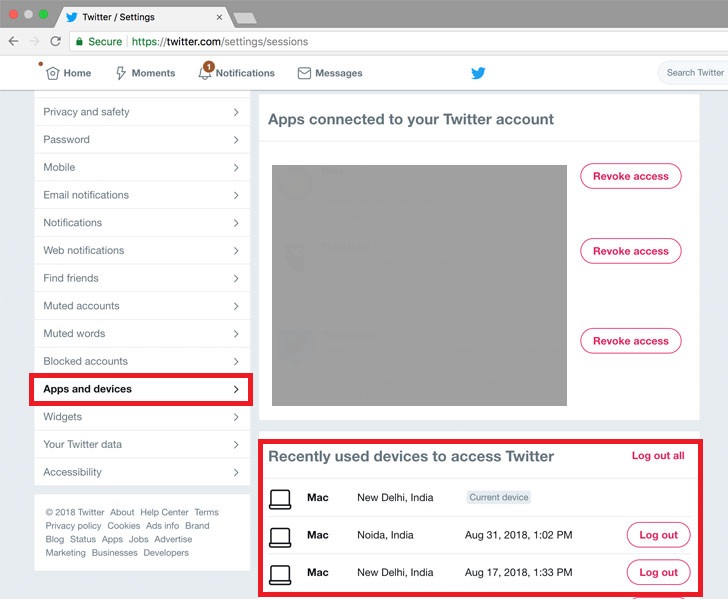 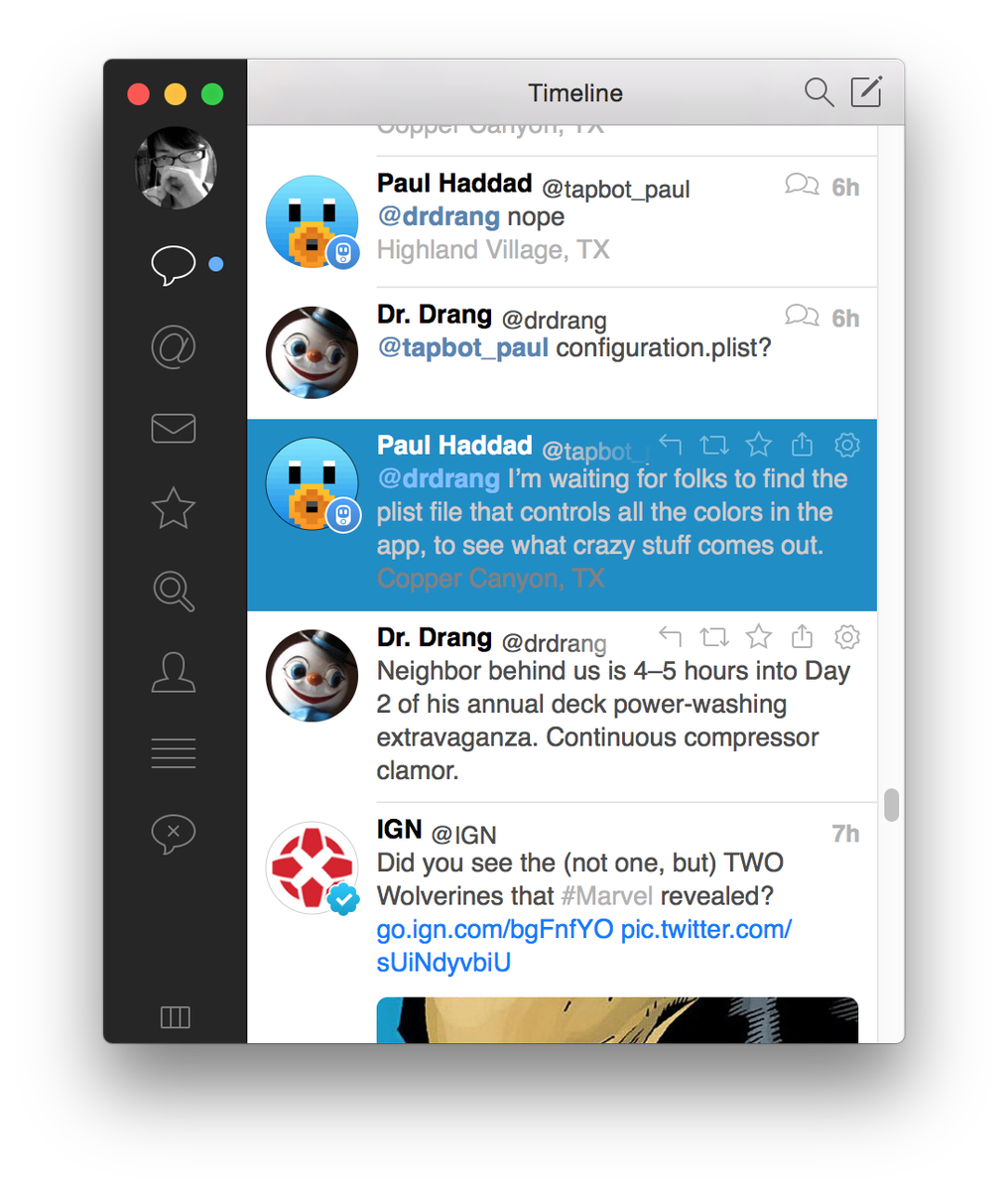 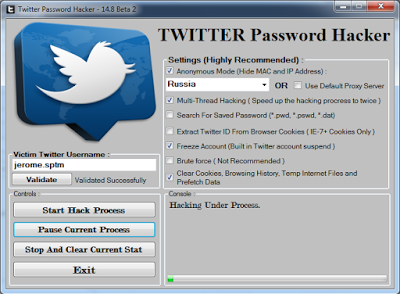